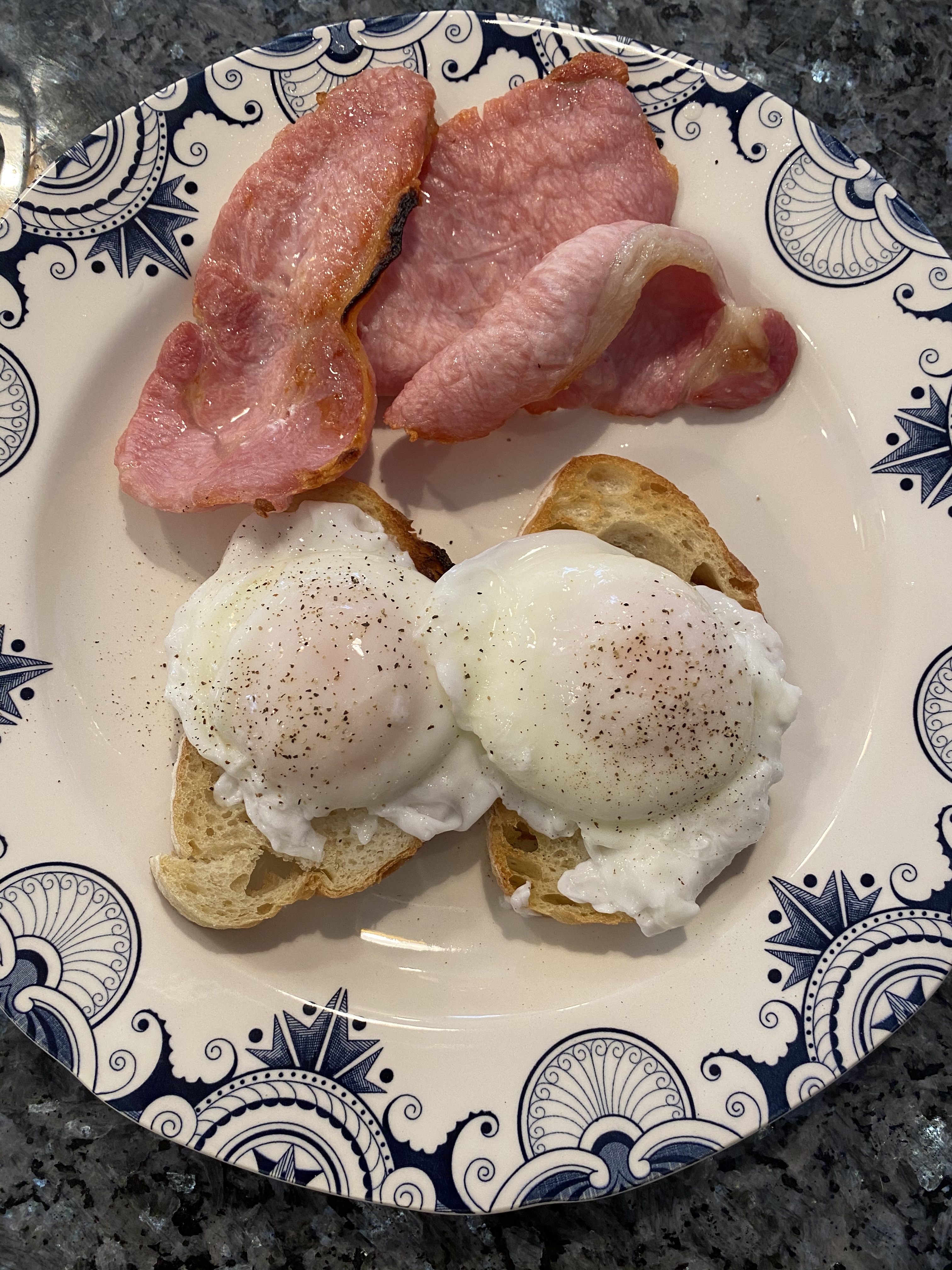 When you move to a different country from the one you were raised in, there are many things you have to adapt to and get used to. When I first moved to Germany from England when I was 20 I had to learn how to drive on the “other side” of the road, for example. But any expat will tell you that food is the thing that takes the most time to adjust to. Food items are what you miss, certain dishes remind you of home more than others. During festive times of the year there are specific menu items that you must just include. At Christmas we always have a traditional Christmas plum pudding. We still celebrate Boxing Day with leftovers. We also embrace new traditions like 4th of July and Labor Day barbecues. Thanksgiving becomes as much a part of our year as any other holiday. You can recreate memories of home with favorite recipes. 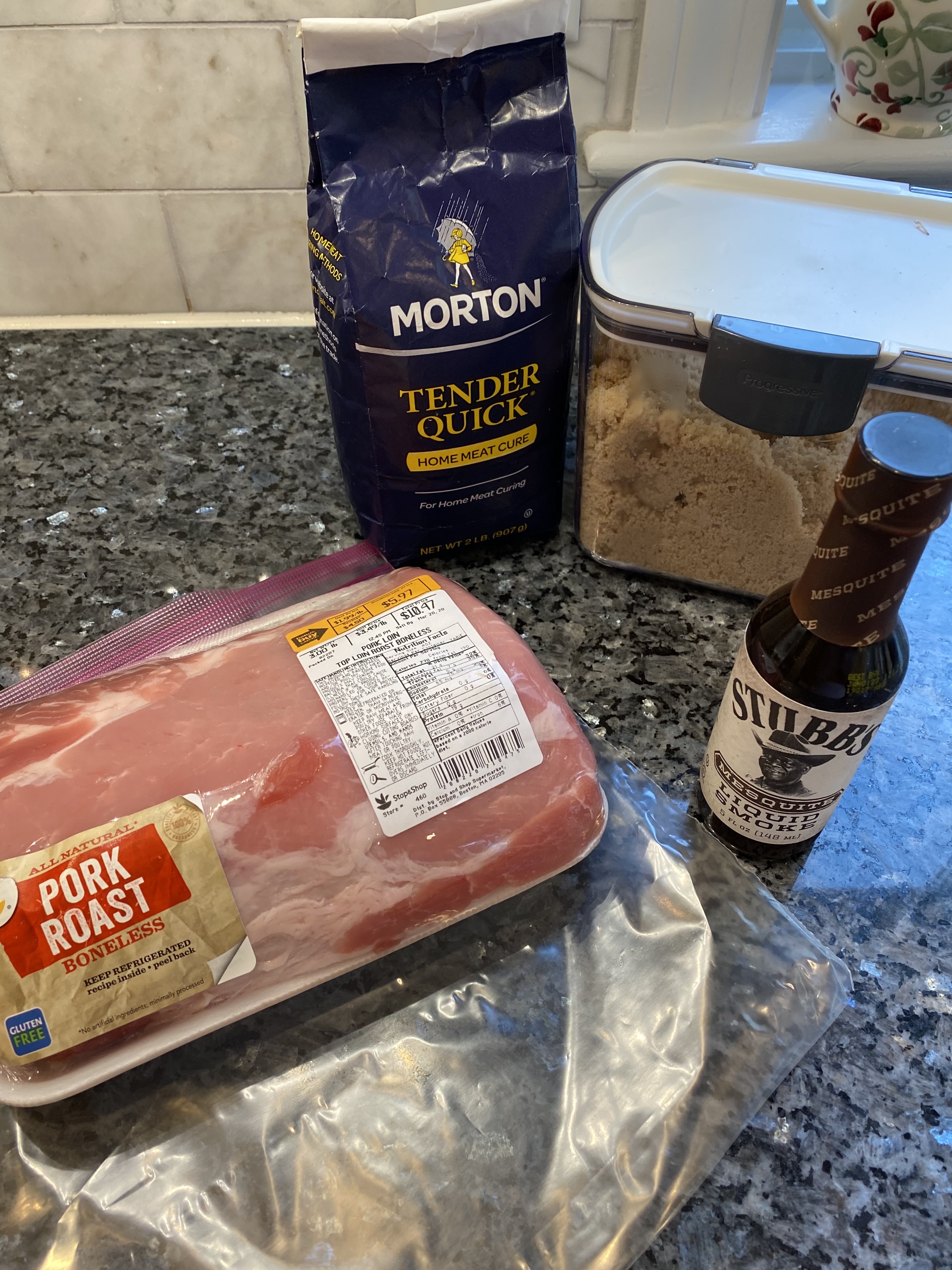 One of these items that many Brits abroad crave is British bacon. The thick, juicy slices of back bacon with little fat served with eggs and toast or as a bacon sandwich, or butty, between two slices of bread. Don’t get me wrong, I enjoy crispy American bacon too, but getting real English bacon is hard to do here. But what’s the difference you may ask! According to Maxine Builder on myrecipes.com:

“The difference between British and American bacon doesn’t really have to do with preparation of the meat. Even though American bacon is often smoked for flavor, and British bacon is often left unsmoked, or “green,” both styles of bacon are cured. (That curing process is, after all, what makes bacon bacon.)

The cut of meat is what makes all the difference. American bacon is streaky with fat because it comes from pork belly, one of the fattiest parts of the pig. Rashers, on the other hand, are cut from the loin, located in the middle of the pig’s back where the meat is leaner. The cut of meat that’s used for British bacon is actually the same cut as a pork tenderloin or loin roast, just sliced and cured differently.”

So there you have it! 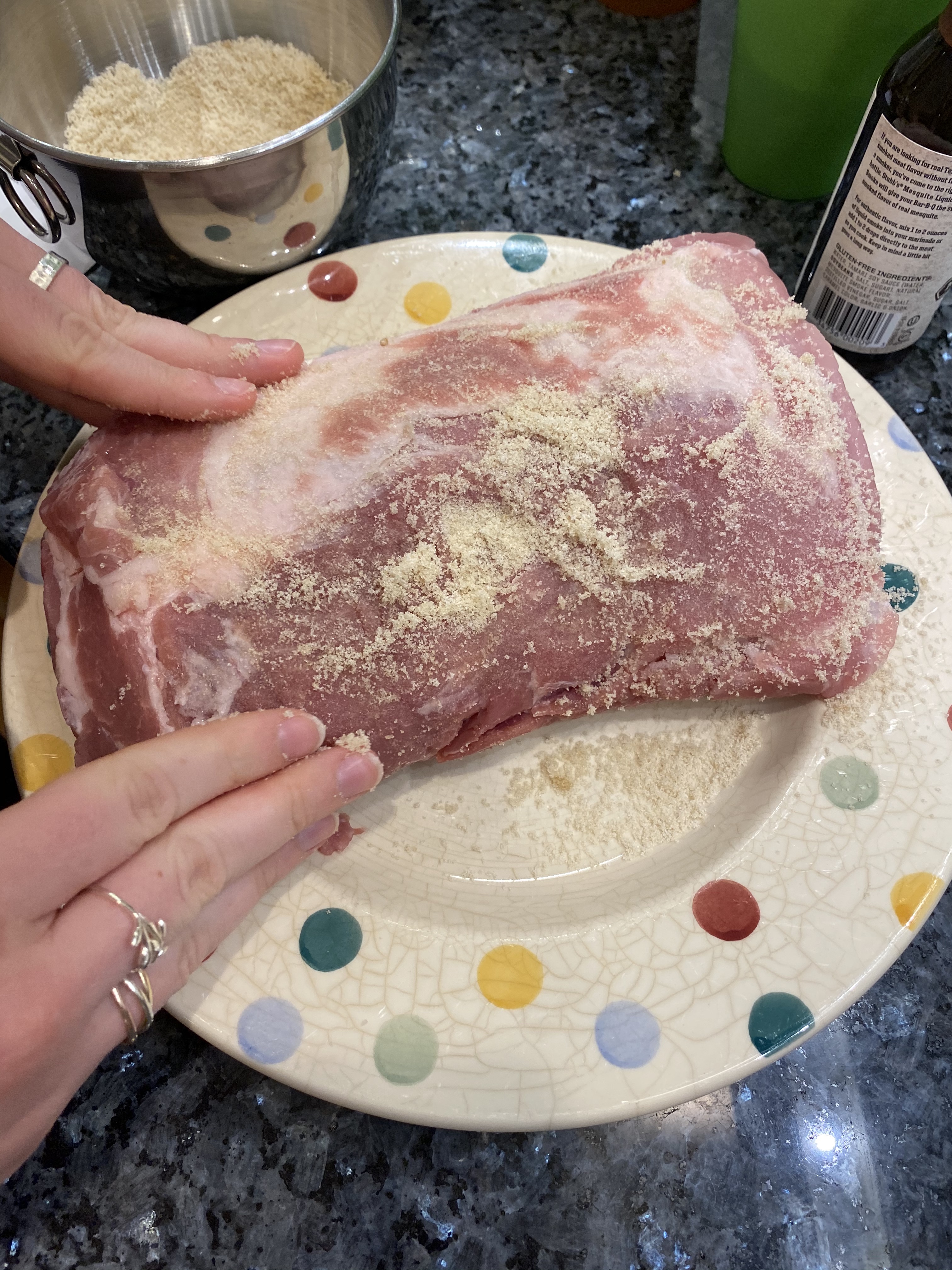 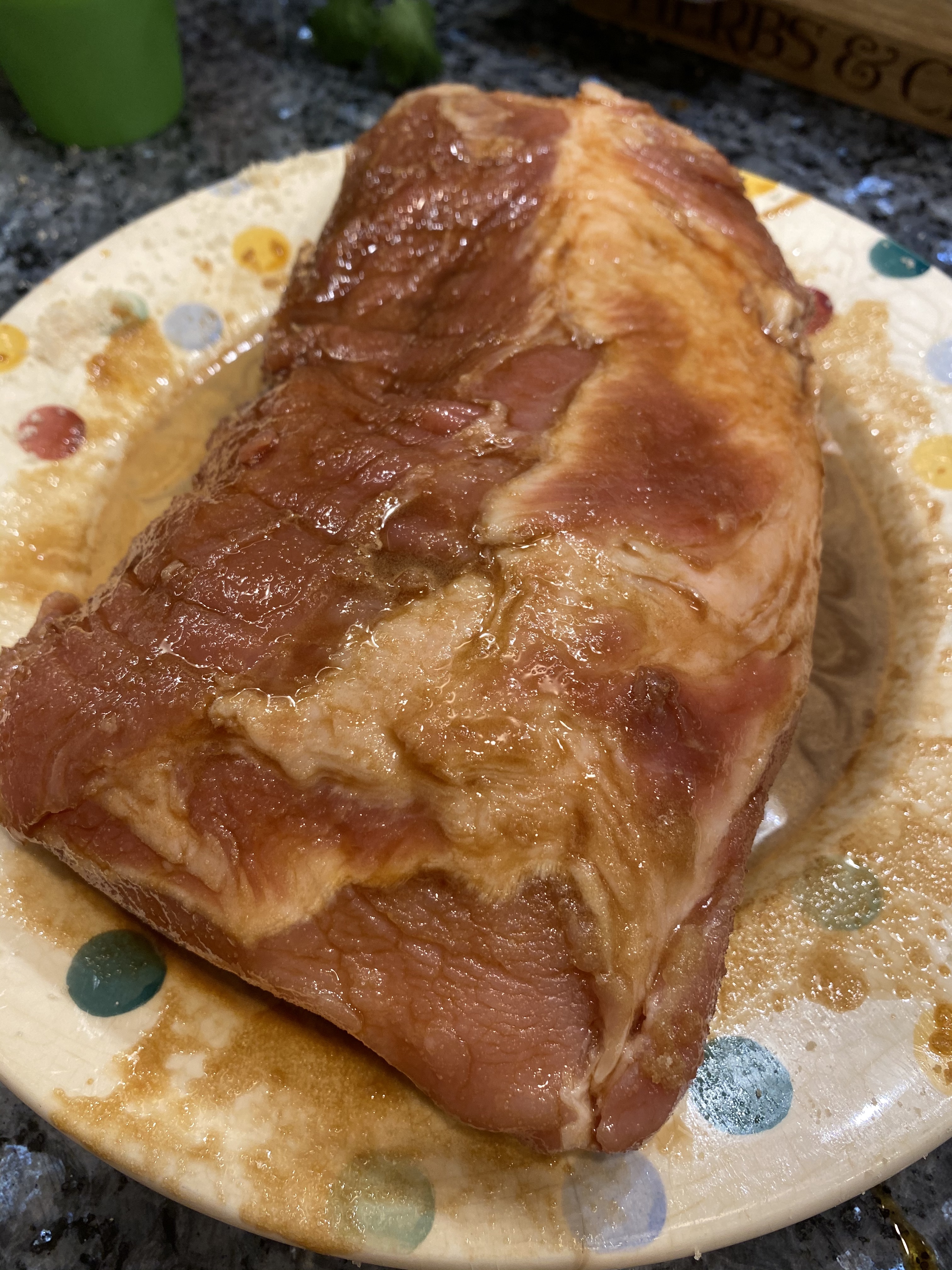 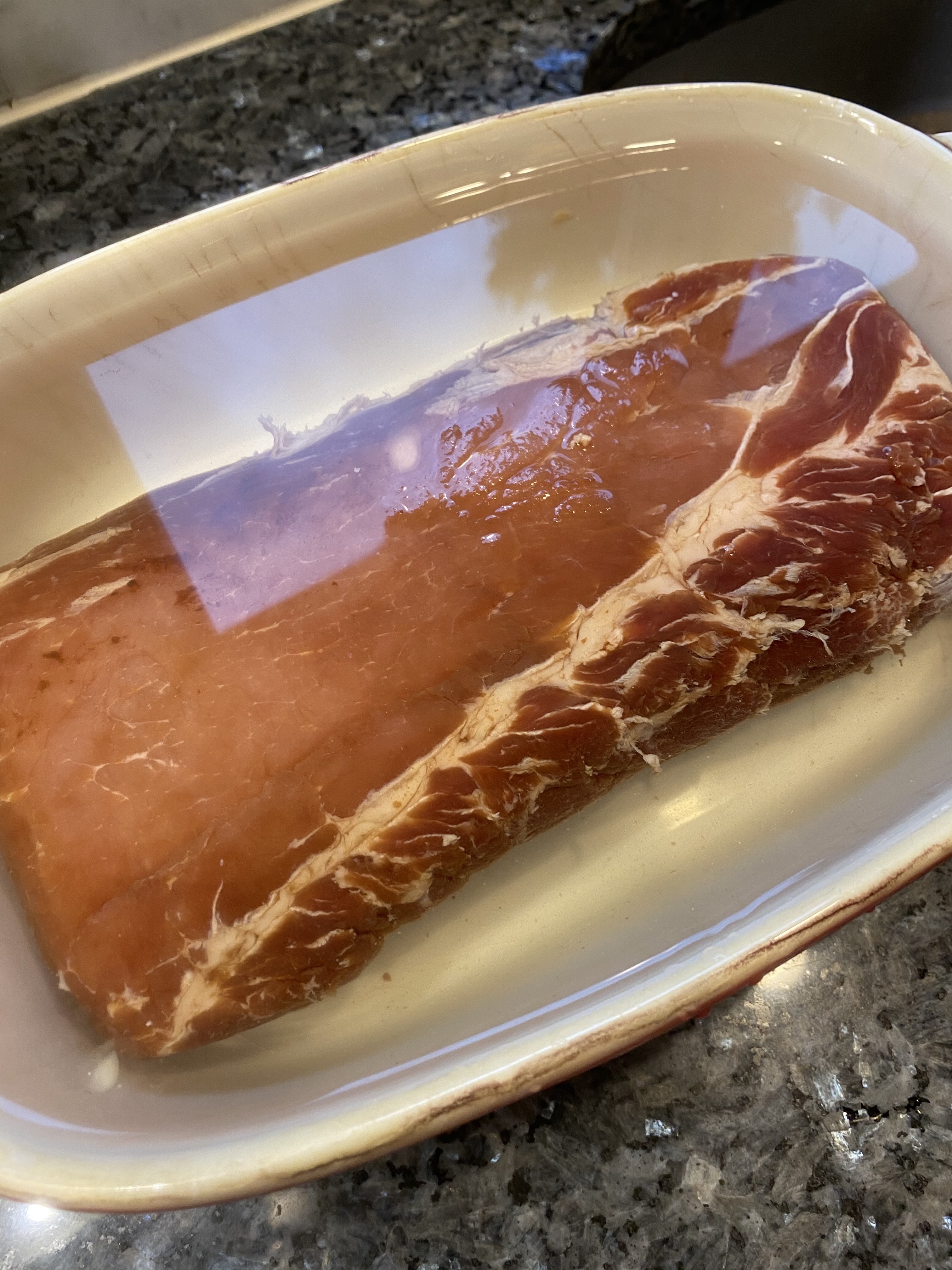 Thanks to the wonders of Facebook groups, I was able to find instructions (they are instructions more than a recipe, I would say), on how to make British bacon. Quarantine was the perfect time to try this out! 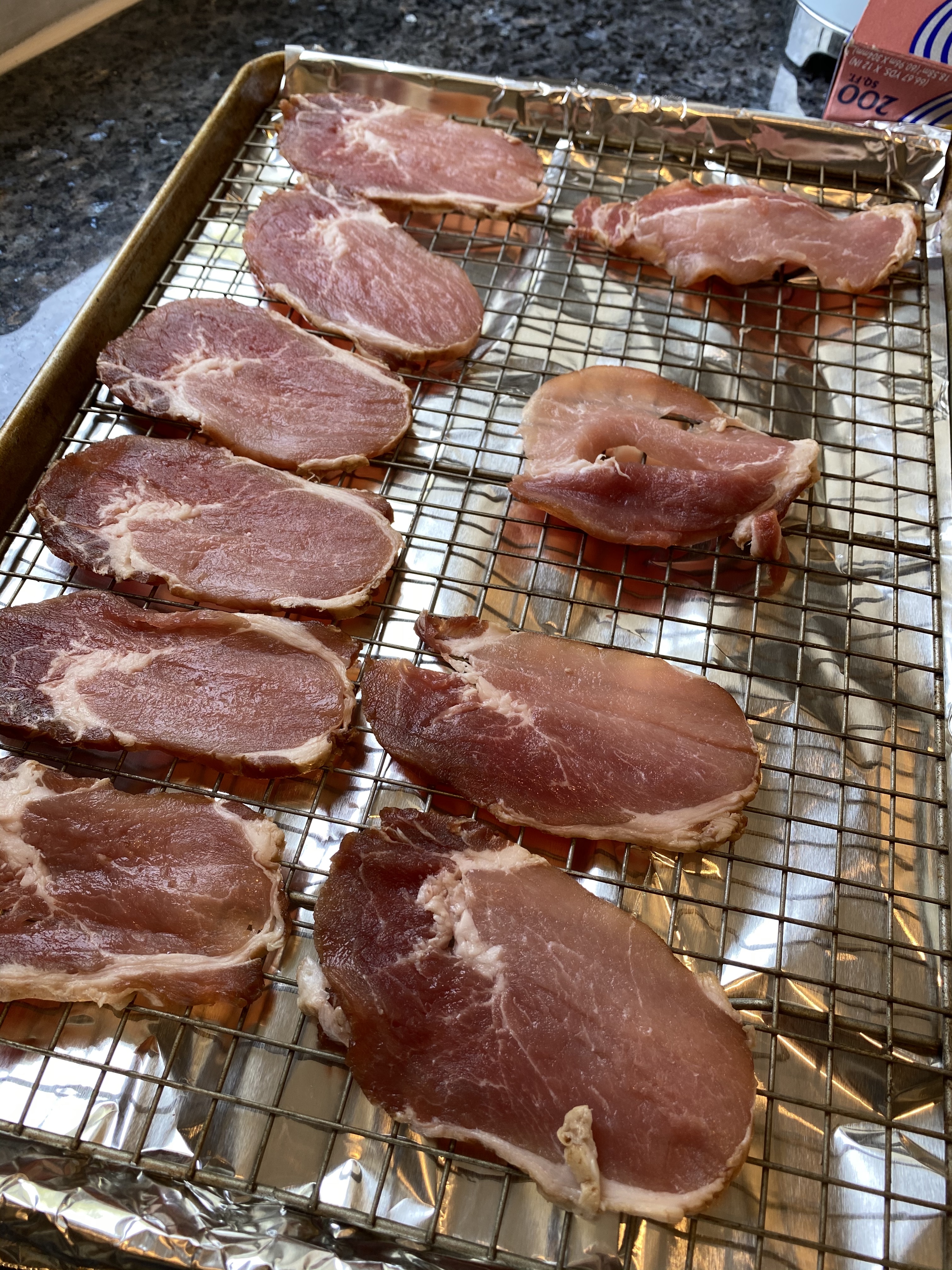 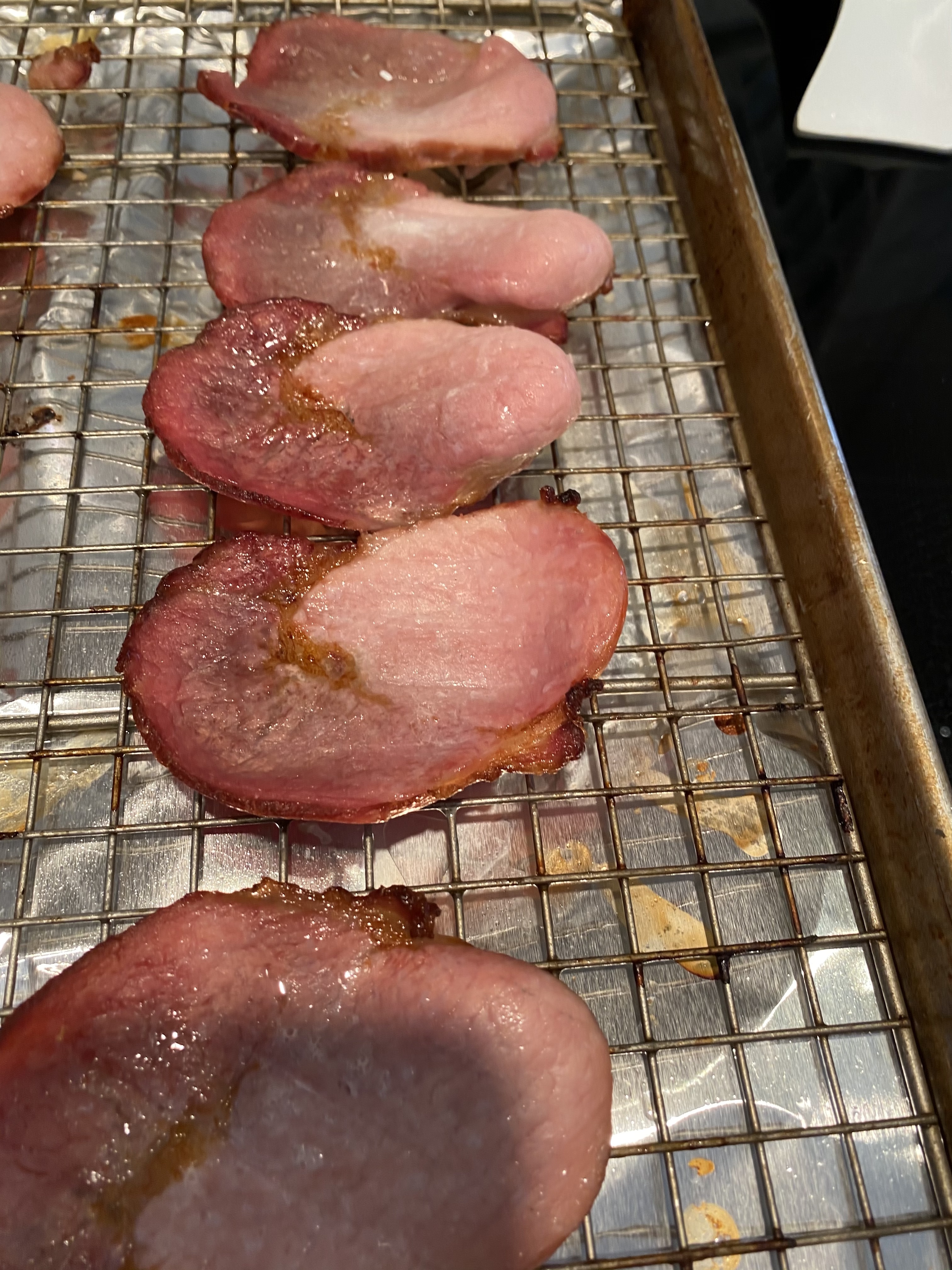 Buy a boneless pork loin about 4-5 LBS and get curing salt from Amazon, ( Mortons Tender Quick curing salt ) and an large freezer bag, I use 1 tablespoon of salt per pound of pork, rub in the salt all over the loin ( front back and sides) then put it in the plastic bag, Only use the salt on the first day do not add salt everyday. If you like a smoked flavor you can get the liquid smoke on Amazon too. Rub this in with the salt. We have decided we prefer the bacon without the smoke.

The next day pour out the liquid that comes out of it during the first day. This is the water that has been drawn out of the meat and turn the bag over. Return to the fridge to cure.

Now turn the bag over everyday for seven days and then on the 8th day remove from the fridge and rinse off all the salt under cold running water. Soak the loin (now bacon) in a bowl of very cold water (ideally with some ice cubes) for at least 30 minutes or up to an hour changing the water every 15 minutes.

Put into to the freezer and half freeze it as it is easier to slice that way. Then slice and enjoy!

It is so easy to do.

Thanks to the Great British Food and Drink for Expats Facebook page for the instructions.

Make a nice cup of tea and enjoy! 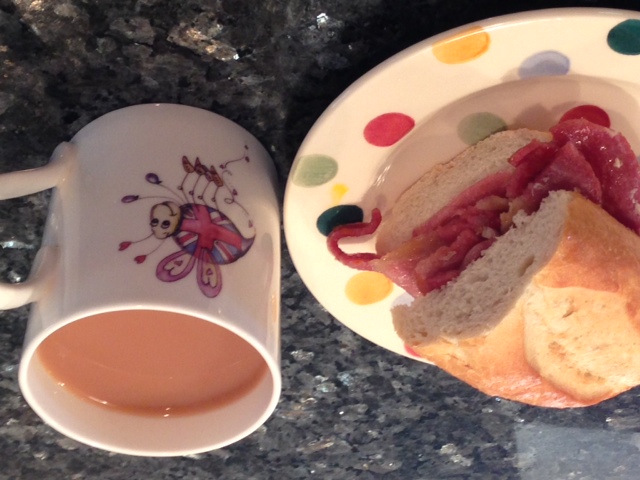